We Did a Blind Study on Treatments!

Not so long ago, if a blonde wanted to go progressively lighter over time, she risked melting her hair right off of her head! Thankfully, in more recent years, the trend of bonding treatments emerged and our industry is now able to (pretty) safely push blonde to its greatest limits. This is important as silver and pastel shades have trended more heavily in the blonde realm, surpassing former sunny, gold ideals. 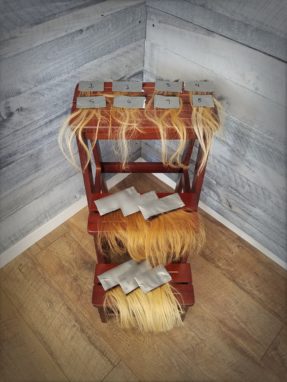 First on the market, Olaplex exploded in popularity with it’s bond-building capabilities. Several brands followed suit with their own versions and their own twist on science: B3 (by Brazilian Blowout), 4Bond (by Powertools), pH Bonder (by Redken), One Shot (by Surface), etc.

Fueled by new knowledge obtained from our annual trip to the Philadelphia Hair Show, and in an effort to bring the best to our guests, our salon decided to do a blind study and experiment with each type of bonding treatment in order to assess which line best preserved the hair while achieving the greatest level of lift.

Only one stylist truly knew what was used on each swatch of hair. One swatch had no bonding treatment, but we weren’t even told which one was the baseline.

Truth be told, after feeling swatch after swatch, we are SO thankful that our industry stepped up and provided this technology because some of the swatches (especially the un-bonded, unprotected swatches) just felt like garbage; others, so silky!

Even I, the owner, chose to remain blind in this study as I didn’t want to be swayed by which line was most economical for our business. At the end of the day, I simply want the best hair leaving Glass Door, and that means keeping salon costs out of the equation long enough to be unbiased.

Not surprising, in true nerd fashion, once we narrowed down our favorites, we ran another test with thicker swatches of hair to have a larger grip on the results.

Would you like to know what we discovered? Ask us at your next appointment! 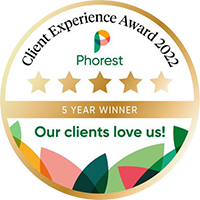